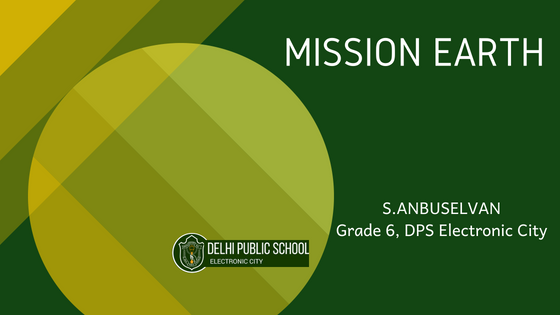 The year is 2500. The dawn of a new century. Pollution free crackers were being burst. There was much joy among the people. It was also the 100th anniversary of their intergalactic move to Scandia, a rare planet situated 256 trillion kilometers away from their former home, Earth. The planet functioned as one unit. Away from the joy, though, a worried soul was present. The head of the National Science laboratory, prof. Anand Lawrence, waited as the last person exited the Laboratory. He pulled out his file and studied it. Years of tireless work had paid off. This experiment was a success. Only one thing remained. It was a journey too treacherous, even for the brave man. He had to do it alone. He walked up to the bookshelf and pulled out a book titled ‘a mission to our former planet’. Instantly a trap door opened up. He slid through it. Waiting for him was an utterly marvelous sight: a spaceship simply called “the traveller”. He beheld it with a look of admiration on his face. Capable of going at 3 trillion km an hour and holding supplies for 2 years, it was a perfect fit for his needs. He climbed in and started his engine. He wondered if this engine could hit the 3 trillion kilometers per hour mark the makers claimed in its advertisements. Curiosity got the better of him. Well, only one way to find out. He pushed the throttle to full. Mistake. He passed out due to all the G-Force exerted on his body.

When he woke up, he found himself in a deserted place. To his right, he saw the debris of a huge thing. He was too tired to identify it. He got up and with as much energy as he could muster, started walking. He knew not where he was going, nor why. He just walked. As the sunset, he began to lose all hope of surviving. Just then, a tall figure rose from the horizon. A building! A Human settlement! With renewed energy, he managed to make it through. And he passed out again.

On arrival, he rushed to the shelter. They found that he had a fracture on his left arm and internal bleeding. Leading that effort was Anita parker, the surgeon. “She saved my life1 he thought”. He was given food and water later by her as well. He slept a peaceful sleep that night knowing that he still had a lot of work to complete.

The professor spent two days exploring and investing the Earth. He carried out everything from Humidity test to blood cell levels. He knew that the data collected here, let alone the fact that the people on earth and there was a suitable spaceship to go there, would be a huge hit. The inhabitant amazed the professor with their knowledge and efficiency. The people even managed to fix ‘The traveller’ to a certain extent, despite it being a very advance machine. Only the main turbo was missing. It was a vital cog in the spaceship. The people were befuddled. The professor seemed resigned to his fate as stranded. All of a sudden Anita Parker, had a bright idea. She rushed to a nearby Junkyard. After what seemed like an hour of searching, she came up with funky – looking part. She brushed the dust off it. The people gasped. She was holding the TurboG4, the exact part the professor needed! They quickly fitted it onto the spaceship.

It was time to say goodbye. A warm friendship had developed between the people and the professor. As the spaceship lifted off, the professor stole a glance at Anita. He then knew, with utmost certainty, that the saviour of his life was standing before his eyes.