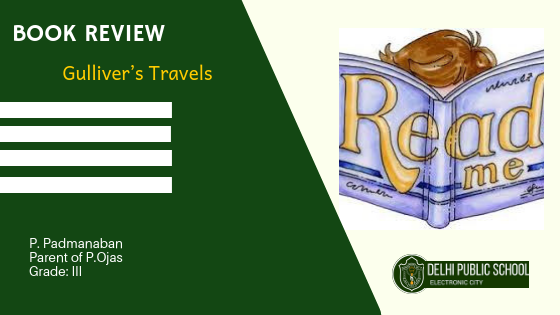 Everyone loves going for vacation. It is always a joy to visit new places, enjoying how they are different from where we live. They may be a hill station, or a desert or even a remote village. Once there was a man called Gulliver lived in 17th century (remember we are at 21st century) who love traveling to different places. He was a doctor, but he also wished to explore new places.

To fulfil his ambition he joined as a doctor in a ship, on those days ships were the only mode of transport for log travel, no flight or bus. In addition, they did not had a proper map or globe to identify all the countries in the globe. They used to travel by ship to explore new countries.

Once on their journey the ship broke down and Gulliver landed on island called Lilliput. The people in the island were tiny in size; as such, a group of people can be place on Gulliver’s hand. They were initially scared of him and soon he earned the trust of the people, they started treating him as guest. After few days, he felt bored and wanted to move back to London. The Lilliput king was not ready to release him. Read out this interesting book Gulliver’s Travels by Jonathan Swift. There are different versions available for to cater young readers